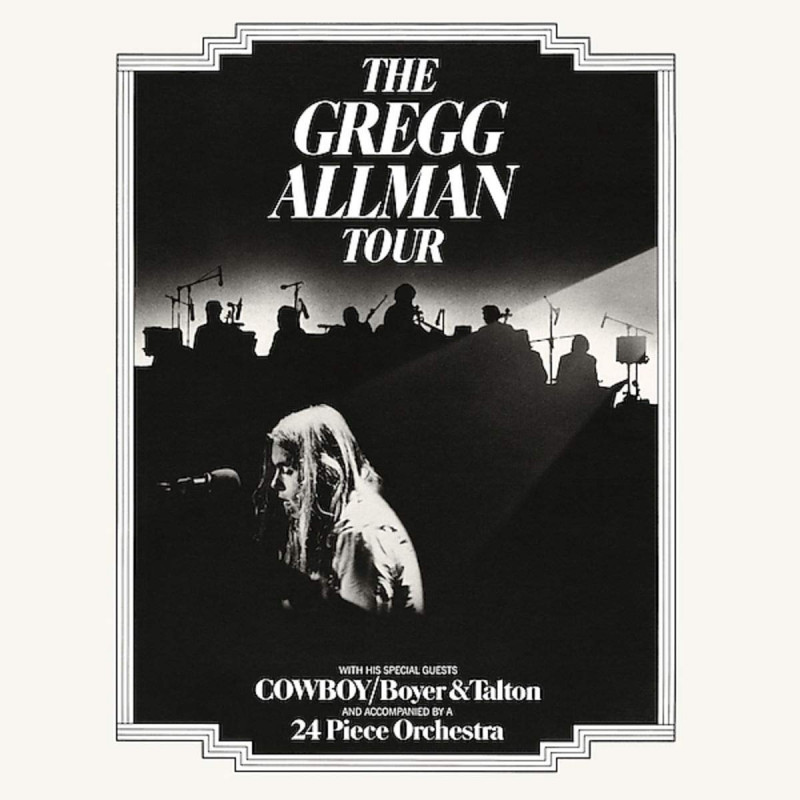 Gregg Allman's iconic live album THE GREGG ALLMAN TOUR has been newly remastered from the original stereo analog tapes and will be reissued on 2LP vinyl for the first time since 1981. Recorded over three nights at Carnegie Hall in New York on April 10 & 11, 1974 and at the Capitol Theatre in New Jersey on April 13, 1974, Gregg along with members of Cowboy and a 24 piece orchestra performed songs from Gregg's debut solo album LAID BACK and classic songs from R&B, folk and gospel genres. Now available on 180-gram audiophile black vinyl.